Cooking Outside the Box 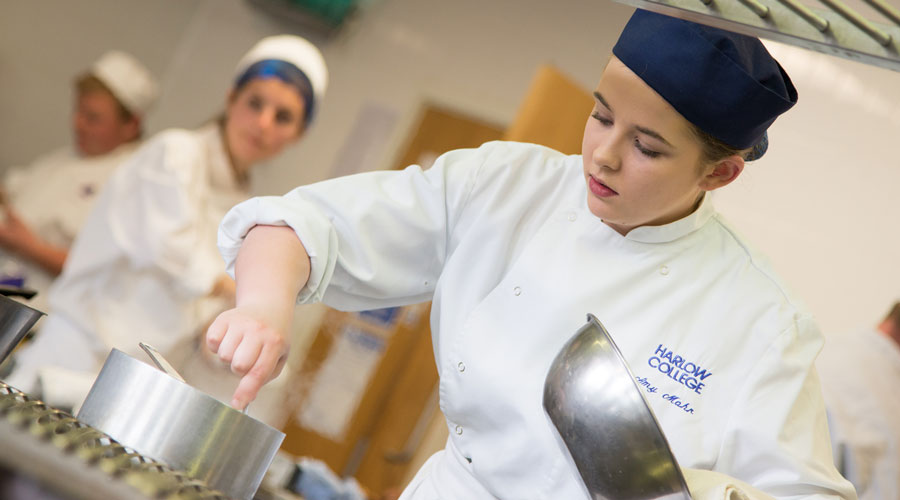 We had a flavour of Masterchef at Harlow College recently as catering students from Harlow and Herts Regional College were presented with a 'Mystery Box' cooking challenge.

Five teams were given two hours to create culinary delights such as Mediterranean lamb with olives and peppers, crème brulée and chocolate tart, with guest judges from the Marriot Hotel in Waltham Abbey.

After careful consideration (and lots of tasting) the chosen winners were Jack Stevens and Millie Yates, Level 2 Hospitality students at Harlow College. Their mouth-watering meal of herb crusted lamb and deconstructed cheesecake had the judges drooling with praise.

Stuart Smith, judge and senior tutor at Harlow College, praised the efforts of all the competitors, saying: “Everybody demonstrated great skills and initiative to create such amazing dishes. We are looking forward to this becoming an annual event and encourage more colleges to take part in the future.”

Jack and Millie were thrilled to scoop the top prize of a meal for two at the Marriot Hotel. A delighted Jack Stevens, 19, from Bishop’s Stortford said, “I really enjoyed the competition, especially as I’ve never done anything like this before. The presentation of the food was the most important aspect for me – you taste a meal with your eyes before you take the first mouthful. I felt ecstatic when I was told we had won.”