Principal receives MBE from the Duke of Cambridge 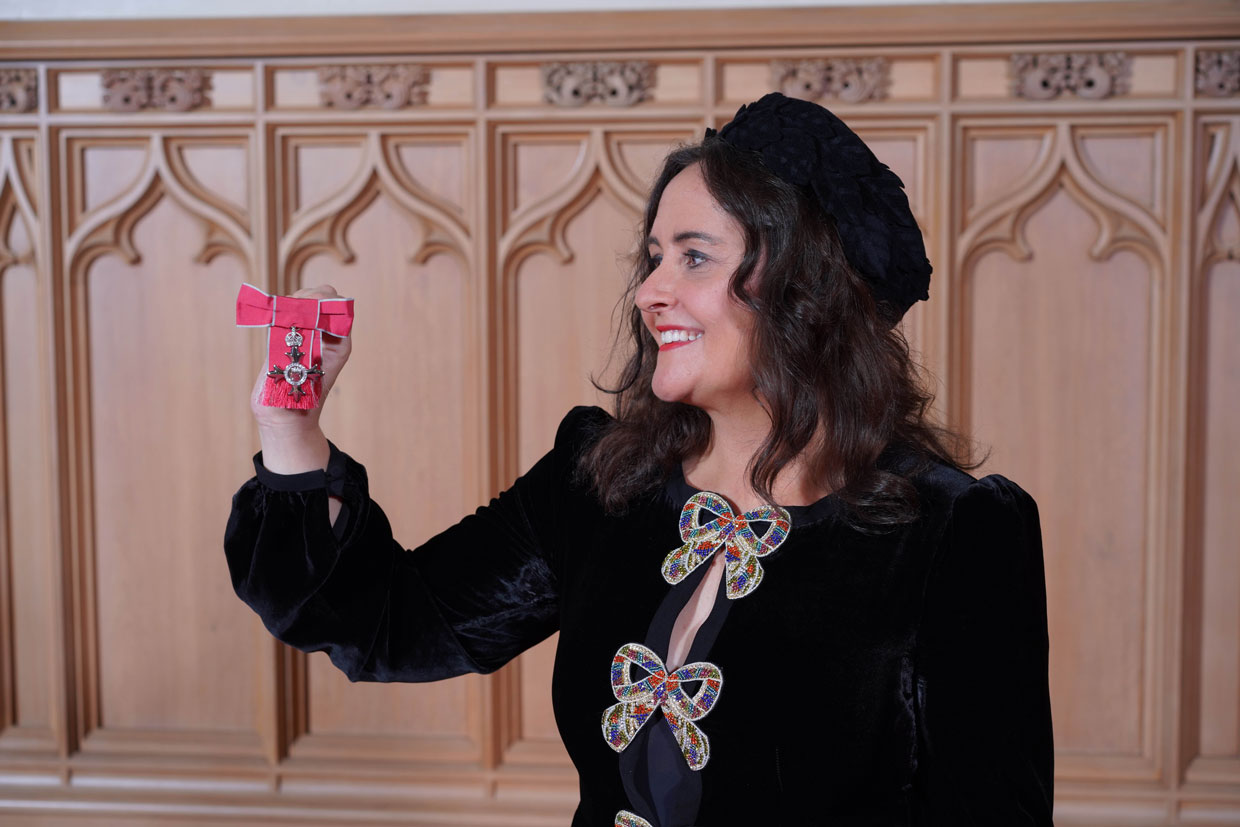 Karen Spencer, Principal and CEO of Harlow College and Stansted Airport College, received her MBE (Member of the Order of the British Empire) at Windsor Castle from the Duke of Cambridge on Tuesday 9th November 2021.

The honour is in recognition of her contribution to Further Education and Aviation and caps a successful year for Karen, with Harlow College having had an excellent set of student achievements, as well as being awarded EdTech Demonstrator status, the Apple Distinguished School kitemark and continued work as a Centre of Excellence for Mathematics.

Karen spoke with the Duke of Cambridge about the work she has done to establish the first Aviation College at a major UK airport, and they even shared a joke when “Lakme’s Flower Duet” was unintentionally played by the string orchestra on receipt of her award.

Speaking afterwards, Karen said, “I am extremely proud to accept this honour on behalf of Harlow College and Stansted Airport College. It feels like a phenomenal achievement to be recognised for outstanding service. It not only draws attention to the Further Education and Aviation sectors within which I work, but provides a strong platform for striving to do better and improve the world we live in.

To be recognised by the honours system is a great personal achievement, not only for me, but for the town of Harlow and for Uttlesford, where Stansted Airport College is based. This recognises the exciting and very innovative journey we are on to benefit our communities.

I am also incredibly grateful to everyone who has supported me throughout my career, including friends, colleagues, employers, community representatives and my family. They have helped me build a new College at Stansted Airport and supported my work with the APPG for STEM Aviation Jobs and Skills, as well as allowing me to contribute to policy development particularly in the field of Maths Education.

I have an amazing team and I am delighted to share this incredible recognition with them. I am really proud to be their Principal.”

The honours system is a way of giving recognition to those who have made achievements in public life – such as sport, music or acting – or committed themselves to serving and helping Britain and its people, such as charity volunteers or working in education.

The MBE is awarded for an outstanding achievement or service to the community.