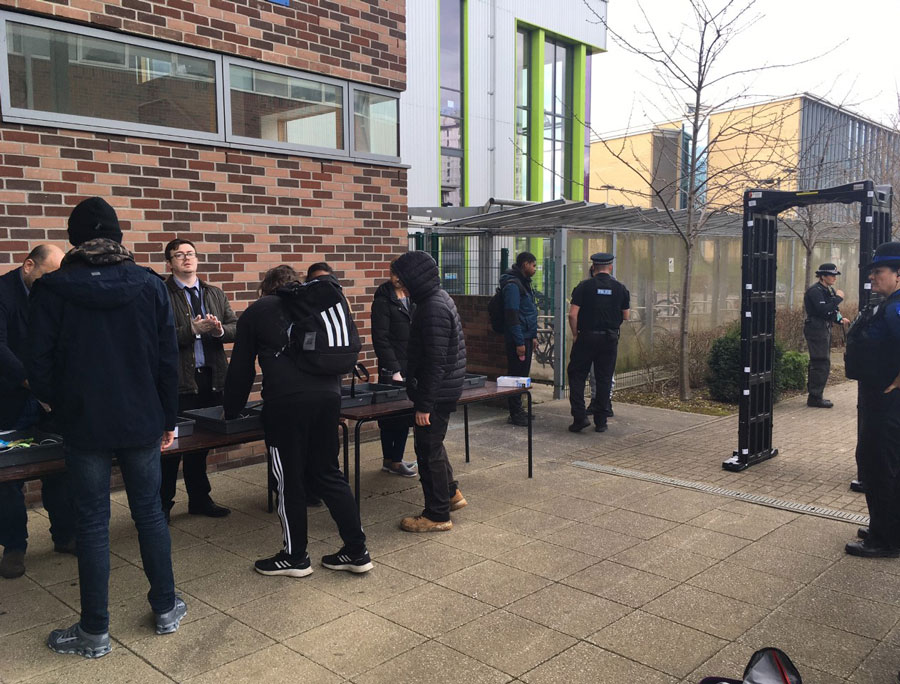 As part of the ongoing work to tackle the threat of drug trafficking and knife crime in the county, officers from Harlow's Community Policing Team joined staff at Harlow College to raise awareness as part of County Lines Intensification Week.

County lines is the name given to drug dealing where organised crime groups (OCGs) use phone lines to move and supply drugs, usually from cities into smaller towns and rural areas.

They often exploit vulnerable people, including children and young people and those with mental health or addiction issues, by recruiting them to distribute the drugs, often referred to as ‘drug running’.

On Thursday 10 March, a knife arch was set up at the main student entrance to screen students as they entered the campus. Police with sniffer dogs were stationed at the other entrances and plain clothed police were operating around the borders of the college.

Harlow Community Policing Team Inspector Matt Hughes said: “Harlow College have always been very supportive of the work we do to reduce knife crime and prevent harm coming to members of the community. Operations like this are valuable in tackling county lines and identifying those that may have become victims of exploitation.

“In doing such operations we can identify those that carry weapons and drugs and potentially present risk of harm to others, whilst also providing wider education around the seriousness of the matter. We are very grateful for the cooperation from Harlow College, a partnership approach and working together we can identify those at risk to ensure safeguarding is in place.”

Assistant Principal, Sallyann Abdelmoula, said: “Today the college and our local police worked in partnership to educate our young people about the risks of knife crime, drugs and county lines. This aligns with national County Lines Week. The police brought in their knife arch and completed stop and searches to help advise students about the relevant risks and dangers.

“Police sniffer dogs also assisted in identifying risks. The aim was to advise young people of the relevant dangers that engagement with drugs and criminality present. Often young people don’t appreciate that this is a form of grooming and quickly escalates to more violent and threatening consequences.”

If you’re concerned about drug-related crime in your area or think someone may be a victim of drug exploitation or knife crime, please call us on 101 or report online at www.essex.police.uk

Alternatively, contact the Crimestoppers charity completely anonymously on 0800 555 111 or use the anonymous online form atCrimestoppers-uk.org
Always call 999 in an emergency. 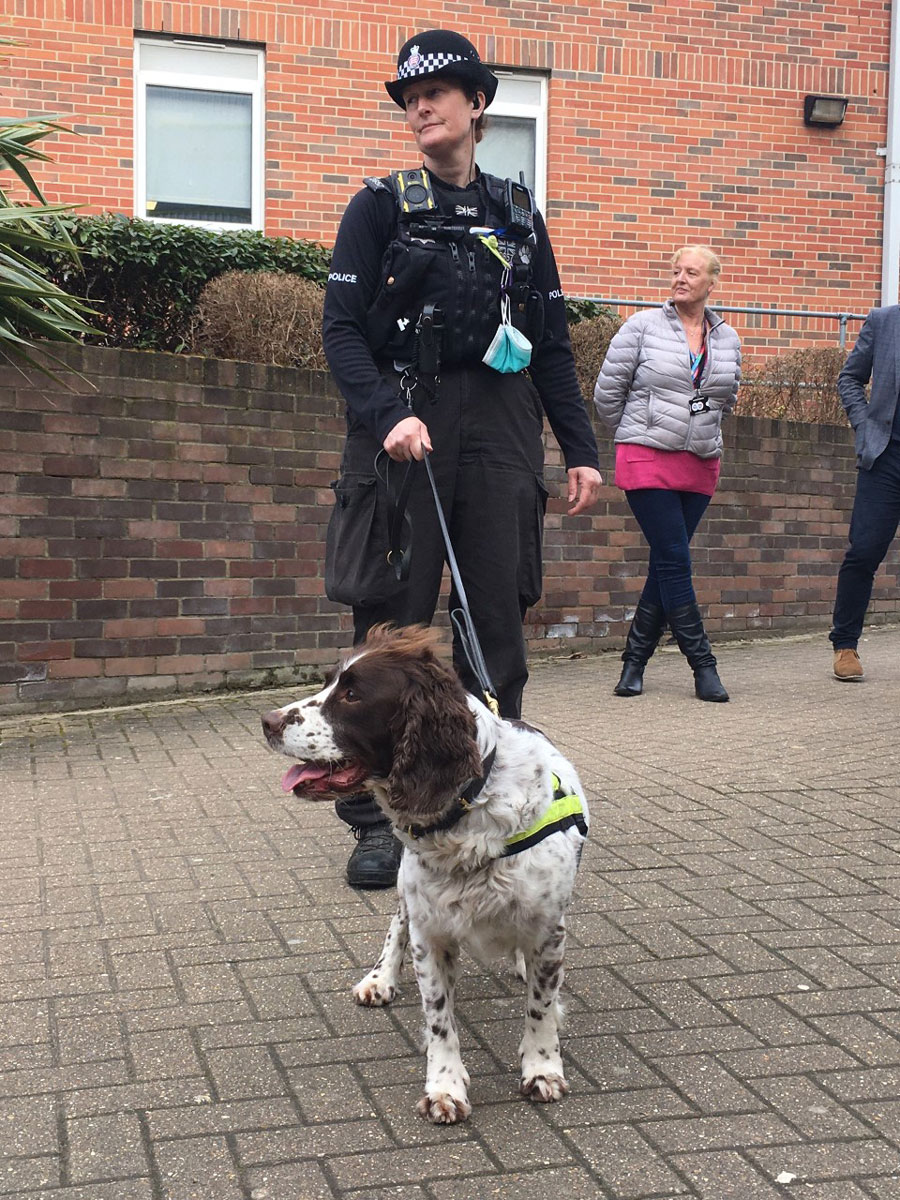